It’s Week 1 of Faith in the Valley.  If you’re following along online, you could journal on each of the questions below after reading the chapters in Genesis about Joseph.  If you are coming to the Tuesday meetings, we will only discuss a SMALL portion of what is below.  Please read and print out this post to bring to the meeting. It will save me paper. 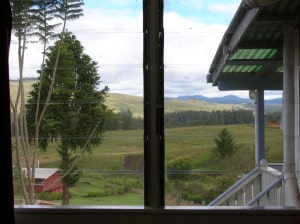 Someday, I’m gonna write a book and it is gonna be all about this poem, which asks one of the best questions that all of literature could ask.

What happens to a dream deferred?

Or does it explode?

I’ve had some dreams that were deferred and put on hold, and y’all, it felt like ALL OF THAT.

Sometimes it dried up.

And sometimes it exploded.

And sometimes it stank. Stank. STANK.

Because when you have a dream, especially when it seems to come from God, you expect it to come true, right?!  And dreams should come true pretty quick because certainly God is on the same timetable that we are!  Ahem.

When dreams are deferred, we just don’t always deal with it very well.

This week we are going to talk about one of the most famous dreamers in Scripture, and it was a guy who I bet would have appreciated Langston Hughes as much as I do.

Joseph, our character for this week, definitely had his dreams deferred for a LONG, LONG time.  In fact, his descent into the valley and his residency therein would have most of us packing up our faith, our dreams, and settling into a nice cynically depressed stew.

Yet, Joseph’s resolved valley faith endured when his circumstances and experience indicated that his faith was misplaced, useless, or for naught. Frankly, his dreams seemed to be deferred to the point of being crushed, for a long time.

It seems to me that in Joseph’s case, the process of emerging from the valley is two-fold: forgiveness and a recognition of God’s Sovereignty.  Let’s do this just for the listy people.

PROCESS FOR EMERGING FROM THE VALLEY

Even though Joseph could have easily dished out blame on his brothers, Potiphar’s wife, or the cupbearer for the “lost years,” he forgives them.  He even wants his brothers to forgive themselves. Wow! (Personally I wonder if he only feels this after he made them squirm over the cup and the money and the back and forth to Canaan a few times. ) But anyway, in the end, he forgives them and wants the relationship restored.

Even years after all the brothers move to Egypt, after their father dies, they are still worried that Joseph will “pay them back” and that he hasn’t forgiven them. Again, he reiterates that he is out of the valley and is seeing the long view from the mountain. In his words, the whole picture looks like this:

“Am I in the place of God? You intended to harm me, but God intended it for good to accomplish what is now being done, the saving of many lives. So then don’t be afraid.”

See the second part? That’s where he acknowledges that God had design in all of it–even from the beginning.

This part with God is trickier in my life.

It is uncomfortable to believe that God allowed or even ordained others to sin against me in ways that really hurt and damaged me. It’s slightly easier for me to arrive at a place where I say that He redeemed their actions for good. But it takes some pretty deep valley faith to let my pain and suffering be the vehicle for God to achieve a greater purpose. (Cuz, obviously, when I say things like “Take my life and use me” I do not mean the bad stuff.)

That is truly a struggle that anyone who has found themselves in a valley or even having climbed out of a valley must address.

Was my suffering worth it to save someone else? Am I okay with a God who let that happen to me? Or a God who did that to me?

I’m not trying to irreverently imply that God’s okayness is in anyway dependent upon us. But let’s face it . . . not okay with God means that we are distrustful of Him. And if you distrust Him, you won’t go with Him anywhere else.

I wonder if I’ve stayed in some valleys just because I didn’t trust Him anymore.

For Joseph and for me, part of coming out of the valley is acknowledging that God is enabling my deferred dream to come true, however long it takes. I have to get a glimpse that His ways and methods and strategies are all sovereign over hateful brothers and manipulative bosses’ wives and prisons and blood drenched coats.  I have to zoom out, way high above my valley, and try to get a long view, a bigger picture.

We don’t know how Joseph may have seen the work God was doing in his life through all those valley years.  We don’t know if he saw glimpses of his dream coming true.  But we do know that he acknowledged God as Sovereign in the end.  His brothers did come bow down to him. His deferred dream came true.

Well, that is WAY more than we’ll ever be able to talk about in an hour, so I hope you’ll take some time on your own to think through the reflection and application on your own.

I can’t wait for Tuesday!  If you’re joining online, please comment here or in the You Go Girl! FB group.