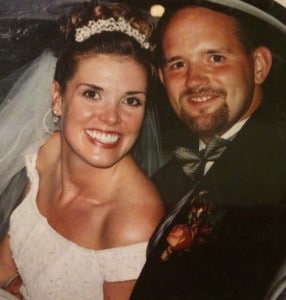 In the beginning the parents created the children and the home. Now the house was formless and empty, cleanliness hovered over the surface of the counters, and the Father was hovering over the mother.

And the parents said,“Let there be a baby,” and there was a baby. 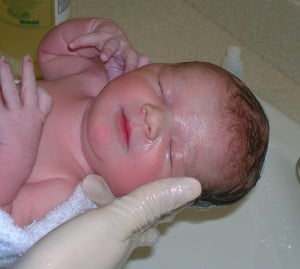 And the Mom said, “Let there be an expansive space between the babies to separate baby from baby.”  But the Father hovered over the Mother and there was another baby. And another. And it was so. The mother called the expanses “Post-pardom.” And there was sleeplessness and there was cuteness–toddlerhood.

And then the Mom said,’Let the children under the house be gathered into one place and let clean spaces appear. And it was so. She called the dirty spots “KIDS ROOMS” and she called the clean spots “that one tiny corner.” And it was good. 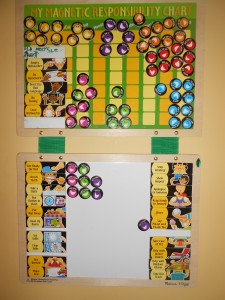 Then Mom said, ” Let the children produce something for themselves, do chores, and put away their own laundry.” So she created an elaborate chart with a reward system, stickers, and smileys. And she saw that it was good and blogged about it, but then they stopped doing that system because two days later, it stopped working.  And there was sleeplessness and there was cuteness–preschool.

And then Mom said, “Let there be times in the expanse of the day to separate the children from the parents and let them serve as signs to mark sanity and solace and restoration, giving hope to the parents.” And it was so. 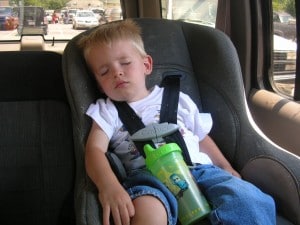 She made two great times of separation–the nap to govern the day and the sleep to govern the night.  She also allowed the lesser car-nap to give silence to the car ride.  And she saw that it was good.  And there was slightly less sleeplessness and more cuteness–childhood.

And then Mom said, “Let the house teem with living creatures and let neighbor kids fly across the yard and the expanse of the garden.” So the Mom created playdates and birthday parties and soccer teams and art camp and every living thing with which the home teems, according to their kinds, and every Beanie Baby and Lego Robot and Rainbow Loom bracelet, according to its kind, was left on the floor.  And Mom saw that it was good. 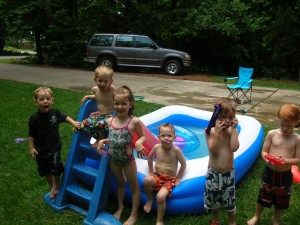 And the Mom said, “Let these kids be fruitful and pick up after themselves since they have increased in number and sloshed the bathroom floor with water from the toilet.”  And there was messiness and sleeplessness and cuteness–MORE CHILDHOOD.

And then the Mom said, “Let the parents make some adult friends according to their kinds, creatures that drink coffee and wipe their own bottoms.” And it was so. The Mom joined Bible study and small group and book club and the dad went to play golf and watch football games. And the parents saw that it was good.

Except that they were totally flippin’ exhausted. 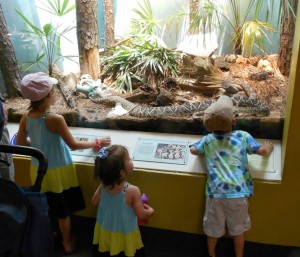 Then Mom said, “We have made all these people in our image, in our likeness. Let‘s take them to see fish of the sea at the aquarium and  the birds of the air at the zoo.  And let’s take them to a farm to learn about livestock.  And let’s make sure they have a pet that moves along the ground.”

So the Mom created a calendar to make a plan for these people she had made in her own image.  The Mom blessed the calendar plans and schedules, saying to them, “Be fruitful and increase in number of plans, fill my children’s days and suppress them.  Rule over my life and my husband and my kids so that there will never be a boring or unfilled or uneducational moment. EVER.”

Then Mom said, “Children, I give you phones, and iPads, and Kindles, and Netflix.  These will be yours for entertainment, and you can virtually experience all the joys of playing without actually doing it.  These will give you the virtual breath of life because I am too tired to do it.”  And it was so.

The Mom saw all that she had made and how the children now ruled over the home, and the day, and the night, and the school, and the church, and the parks. They ruled over the weekends and the garden and over all the creatures that move along the ground.  And there was sleeplessness and there was cuteness–survival mode. 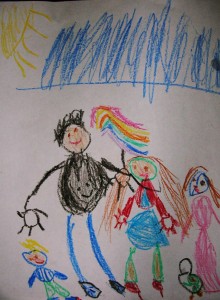 Thus the home and the family were completed in all their vast array.

I wrote this story, based on Genesis 1 from the NIV, for a talk I gave at Flourish Women’s Group. In the talk I summarized what God taught me during my Finding the Rest of My Faith study.  At the request of several of the ladies, I am sharing the story. Enjoy!

2 thoughts on “The Mom Creation Story”