I’m re-running this post from May 31, 2012 because of all the pride kickers that I’ve published, this one kind of takes the cake. PLUS, at the end, I have a new little invitation for you. 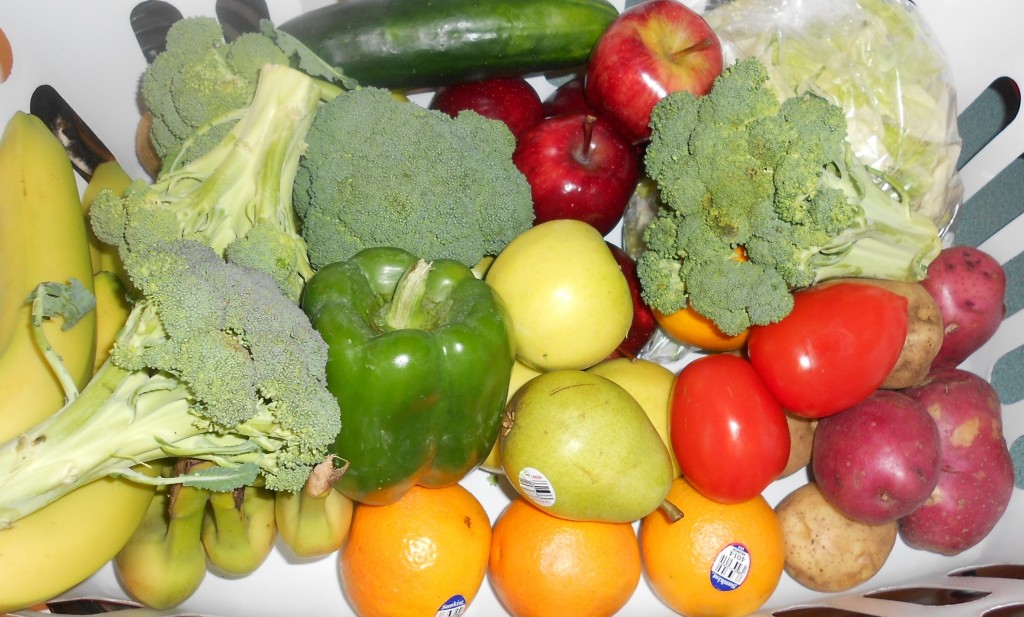 So today I start the Food challenge part of The Summer of 7.  I bet you think that I will totally rock this, seeing as how I’m kind of a real food/ minimalist blogger and all that.

Yeah, me too. I totally though that, for a few seconds. Then I remembered that the purpose here is to “mow down the excesses of an overgrown life” and what seems to be most overgrown in my life doesn’t have as much to do with food selection.

I’m about to write four  confessions that will most assuredly make you like me less.  This is painful because the whole point of blogging is to conceal all the icky things about yourself and proclaim the awesome ones.  I really truly think and fully believe it is a narcissistic exercise.  The Summer of 7 is going to ruin that for me; I just know it. I hope you will be here at the end of the post, but I won’t blame you if you want to spit on me.

I grew up shopping at Food Lion, which is a local, not up-scale, grocery chain. The store in my town opened when I was 7 or 8, and my parents let me go and buy anything I wanted for $5. I bought onion bagels and cream cheese.  What a weird kid.

Anyway, a few years ago I started couponing. I got frustrated that FL didn’t double coupons, so I began shopping at the newly opened “up-scale” Harris Teeter a few miles further away.  It felt good. Fancier food. Wider aisles.  Richer people.  It didn’t take long before I had convinced myself that I was too good for Food Lion. It was ghetto. The cashiers were rude. The meat section smelled like cigarettes.  A few times, they had a good deal and I returned, but I really felt I was slumming it. I broke up with Food Lion forever.

After I began real foods, I felt there was no reason to even consider Food Lion.  Truthfully, now I condescend people who shop there. (Sorry Mom.)   They don’t even carry organics.  While Food Lion is only 1.5 miles from my house, I opt to drive past it on my way to the classier places that I now frequent.  Funnily enough, it really wasn’t that hard for me to become convinced that I am just better than people who shop there. I mean, that’s true, right?

My next door neighbors have a basement apartment that they rent out.  I didn’t know this until recently because they’d always rented to singles who I didn’t notice coming and going. A few months ago a small child peeped over the fence and invited herself to play with my kids. I went to scout out a parent and got the following admonition from the grown-up in charge, “Send ‘er home if she gess too vi-lent. She had a bad mamma.”

For the purposes of this story, let’s just call her “Mayella.” (See what I did there?)  It turns out she’s a straw-haired, chubby, bossy little girl who has some speech delays and often proclaims of Addie (my angel) “HER ain’t sharing!!”

She is not exactly a delight to be around. Mayella doesn’t know how many siblings she has, nor is she clear on where her mom lives. Hmm.

Similarly, her guardian, who she interchangeably referrs to as “Grampa,” “Dad,” or “Uncle” does not seem to have a profession that I can discern and is often standing in the driveway smoking.  Mayella’s Grampa/ Dad/ Uncle doesn’t drive, presumably because he doesn’t have a car. (I have my theories.)  Sometimes he rides around on a bike and drives her helmetless on the handlebars of his bike.  It’s horribly unsafe.

After she tromped into our yard a few times, I didn’t discourage my kids from avoiding her, and I certainly made sure she NEVER came inside our house to play.

I mean, you never know, right?! 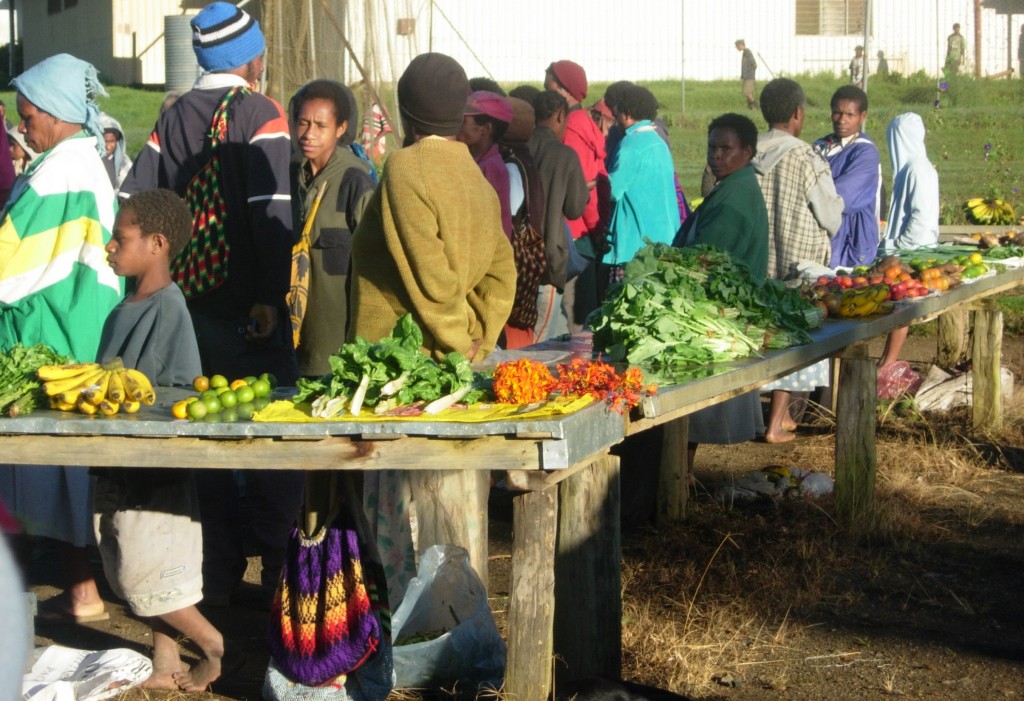 When we lived in Papua New Guinea, there was a produce market several mornings a week from 7-8 where national people brought produce to our center for us to buy. There was no produce in the little store, so market provided a chance to obtain it.  As we did not have a car and lived at the top of the hill, it did not take long for the thrill of walking to market to wear off.

What a DUMB time to have a market? It was SO early. Plus, it was dreadful to be stared at by nappy-headed nationals who were cold, somewhat dirty, and had walked miles to present their garden wares pleadingly to a showered, warm, coffee-toting, “wealthy” white lady. I hated having to look over the produce. I hated how they stared. They stared at me.

Stared. I had never been stared at.  How am I supposed to appear? Critically? Uncritically? Pityingly? Uggh. I smiled awkwardly and passed my money over as fast as I could.  I felt so guilty having money. For being too dumb to grow my own food. For having clean feet.  All this guilt pummeled me as I traipsed my broccoli and lettuce back up the hill to wash it in bleach, hoping my tomatoes weren’t squashed from my bilum.

It was embarrassing. I hated going. I hated walking there. I hated walking back.  I hated carrying our food. I made Jeremy go.  Eventually, one of the teen boarding homes started offering a market shopping and delivery service. I could not sign up fast enough.  I don’t think I ever went to market again.

A few months ago, I was driving home from Trader Joe’s with a carload of real and organic food that I’d just purchased.  In my head I was composing a blogpost on my healthy eating. The radio was tuned to the Christian station and Anika sat happily in the backseat.  I was only a mile and a half from home as I whizzed past Food Lion (TRASH!) and up the slight hill passed the Post Office. Out of the corner of my eye, on my left I saw my neighbor, the Grampa/Dad/ Uncle struggling to push a bike up the hill with several Food Lion bags awkwardly dangling from the handle bars. Out of one bag, a box of Lucky Charms protruded quite obviously

“Wow! Like she really needs Lucky Charms!?!” I thought, congratulating myself on how much REAL-ER the food I had just bought was.

I got about two more block down the road before I heard it.

Now, I’m not going to say it was the Holy Spirit because I know it will upset some of you to think that I am attributing these words to Him, but what I heard in my heart was . . .

YOU B!&@%!! How could you DRIVE RIGHT PAST HIM!?! You really think Mayella’s problems are about food?!.


I was perplexed. I actually couldn’t immediately figure out what the voice expected me to have done. I mean, where would I have put him and his bike? Honestly!! The nerve.

It took me until I was unloading my own groceries into my own house to realize, at least I could have offered to drive his groceries for him so he could ride the bike instead of pushing it.

After all, he lives next door.

I blog about saving to give, serving the poor, living simply, loving your neighbor, and a lot of other topics that inspire.  Yet I am very, very, very trapped in my own pride a lot of the time. I say one thing to you, but I don’t even love my neighbor.  Mayella’s problem isn’t Lucky Charms.

She doesn’t have a mother. She is poor. She is struggling to learn. And she has a “Christian” neighbor who wouldn’t even invite her in the house.

Mayella came over for dinner the other night. We had spaghetti.

In the book 7, Jen Hatmaker eats ONLY 7 foods for a month, but I really didn’t feel like that would deal with my food issue.

Then I thought about eating only foods from the Farmer’s Market and walking to get them–basically, being a total locavore!  Unfortunately, our market is very small, so I don’t honestly think I could get enough variety for our whole diet.  Total locavore eating would probably be the “poorganic” thing to do, but it just didn’t seem to be the whole point . . . for me.


See . . . I heard that voice again.  (I’m actually pretty sure it is the Holy Spirit after all. And be assured, I’m as astonished as you are that He is still talking to me.)

You want food? Well you can walk  your skinny tail to get it. You can walk to the market, and then if you have to, you can walk all the way to the Food Lion. Then you can carry it home, just like your neighbor and many people all over the world.

That’s it then. You heard it. I’m walkin’. I’m carrying my food uphill. For twenty-one days, I am going to eat only food in our house or what I walked to get.  A lot of the world ALWAYS walks for their food and carries it home by hand, so maybe this will give me some of my lacking appreciation for them. While I can do a mostly locavore spin on this challenge by getting a lot at the Farmer’s Market, I’m sure that I will have to make at least one 3 mile walk to the Food Lion.

Oh, and I PRAY it breaks down my pride.

May 2013 UPDATE: I’m considering walking for food again this spring. Let me know if you would consider joining me.  What do you think you could learn from walking for your food?

PS: Literary question, when comparing this post to the last one, do you think it is irony or symbolism that I’m asking you to “join me” on a bandwagon that involves walking?  😉