In honor of Halloween, I’m reposting this “Horror Story” from last December. It is much more fitting for today and contains all the terrors of motherhood, including disastrous messes, opened bottles of tincture, and growing up.  I’m sure many of you can identify. (Today’s horror was that the darling girl mentioned in the story below awoke at 5 AM.) 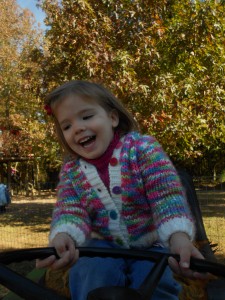 Anika (rhymes with Monica) is now such a big girl that we’ve gotten rid of her crib and gotten her a “big girl bed.” Despite her physical maturity, however, she is still annoyingly babyish and refuses to actually sleep in aforementioned “big girl bed.”

Every bedtime or nap, she climbs out, lays on the floor by the door, presses her tiny rosebud lips up to the seam of the carpet, and bellows tortured cries for help out from within her cell.

Usually, I go in between 1 and 10 times to try to convince her to get back into the bed, but typically, I end up having to just ignore her, whereupon, she falls asleep in front of the door.

One particular day during her nap, she had been bellowing for quite some time, but I totally ignored her (as usual) because I was blogging. After a time, I heard her playing, so I continued to ignore her, glad that she had found some occupation other than melancholy lamentations on the woes of being 2.

Finally, I heard silence just minutes before I had to wake her for us to go pick-up the big kids from school. I pushed on the door to open it, but it wouldn’t give. She was directly prone in front of it. I used the door to slide her body, but she was HARD asleep and wouldn’t budge.

I tried to poke my head around to say, “Honey, wake up. Let mommy open the door.” (Despite what my husband tells me, I think it is okay to speak in third person sometimes.)

I flicked on the light and peeked down at her.

One of her hands was pitch black, as if its circulation had been cut off.

I felt my heart stop.

And then start again, racing, beating a million miles a minute, trying to figure out what she had wound around it to cause it to discolor like that. I shoved the door, but she was completely asleep right against it, her weight holding it closed.

Finally, I wedged myself through enough to flip her from her tummy to her side where I saw BOTH hands were totally black.

My eyes shifted upward toward her changing table, where I saw, 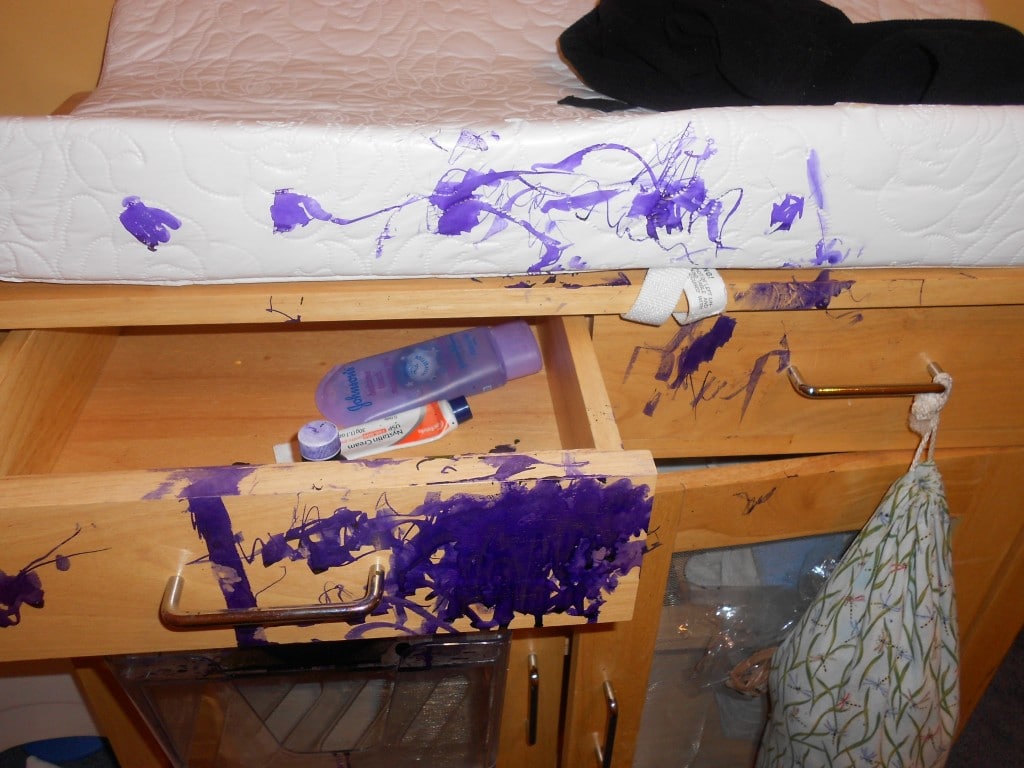 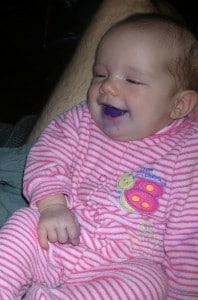 And, through my panic stricken fog, I recalled that inside this drawer . . .

. . .inside this drawer lay a tiny bottle of GENTIAN VIOLET, a tincture intended to cure thrush in babies. One drop colors the entire mouth of the baby for days!

WHY, oh WHY, oh WHY, oh WHY had I not gotten rid of that stuff!?!?!?! Why, almost a year from the last time she ever nursed did I have such a horrible, awful, no-good very bad substance in the room of a two year old?

These, my friends and readers, are excellent questions. As you ponder my idiocy, I invite you to peruse these subsequent photos. 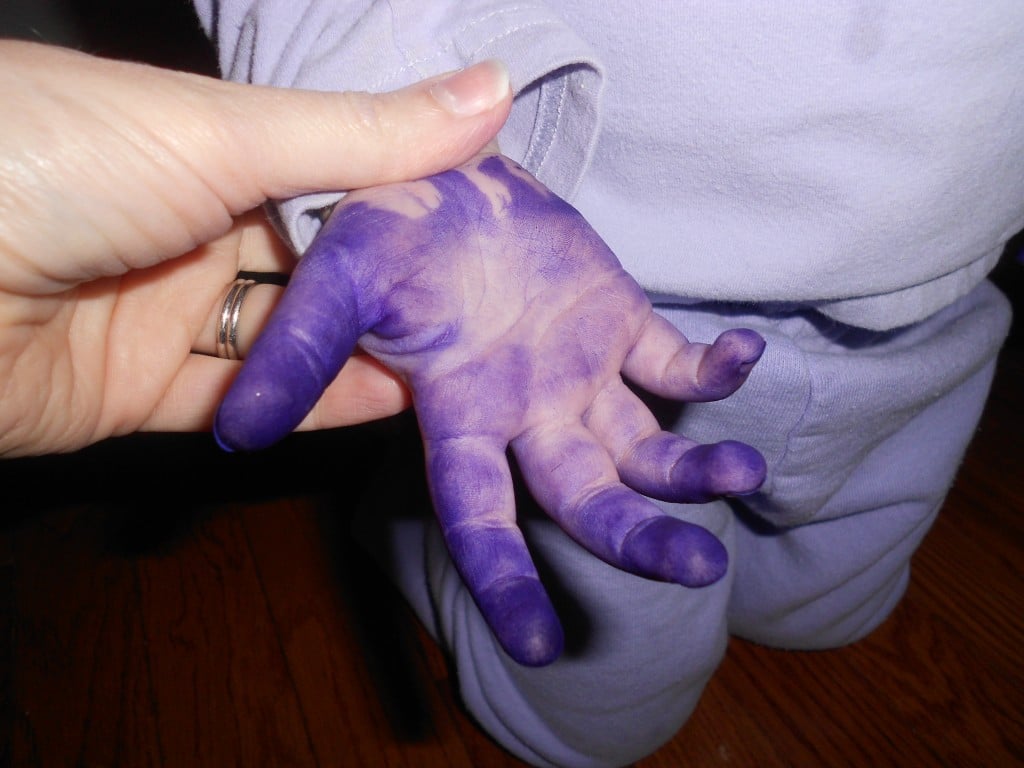 I should point out that this photo was taken AFTER I scrubbed her hands and gave her a bath! 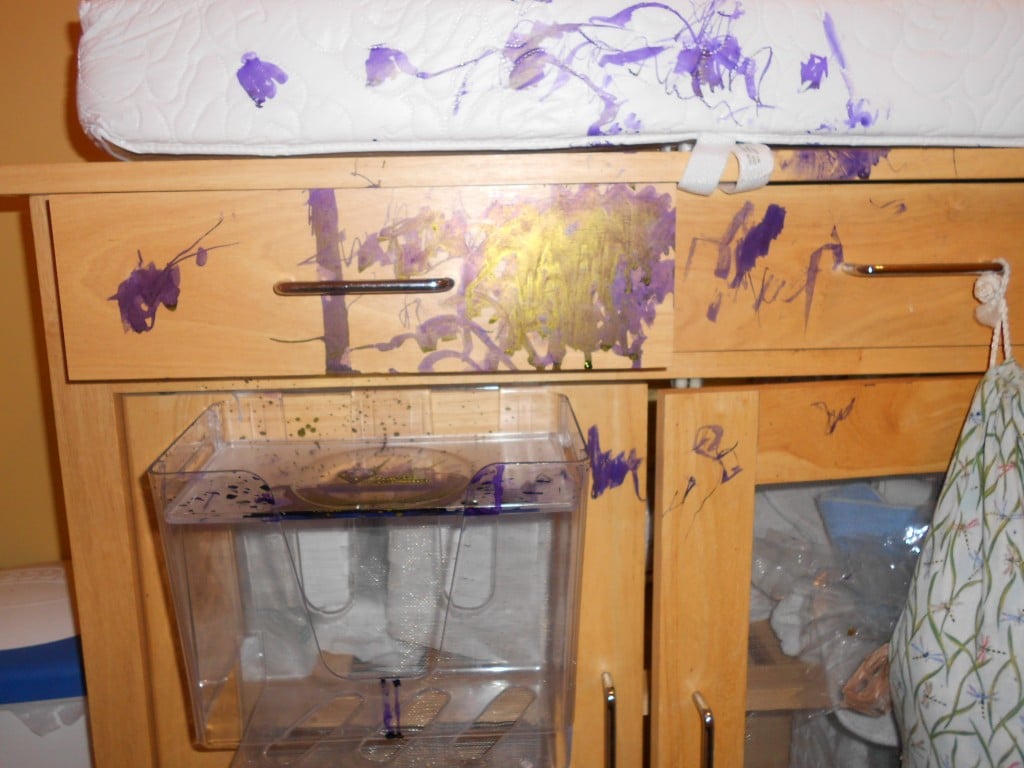 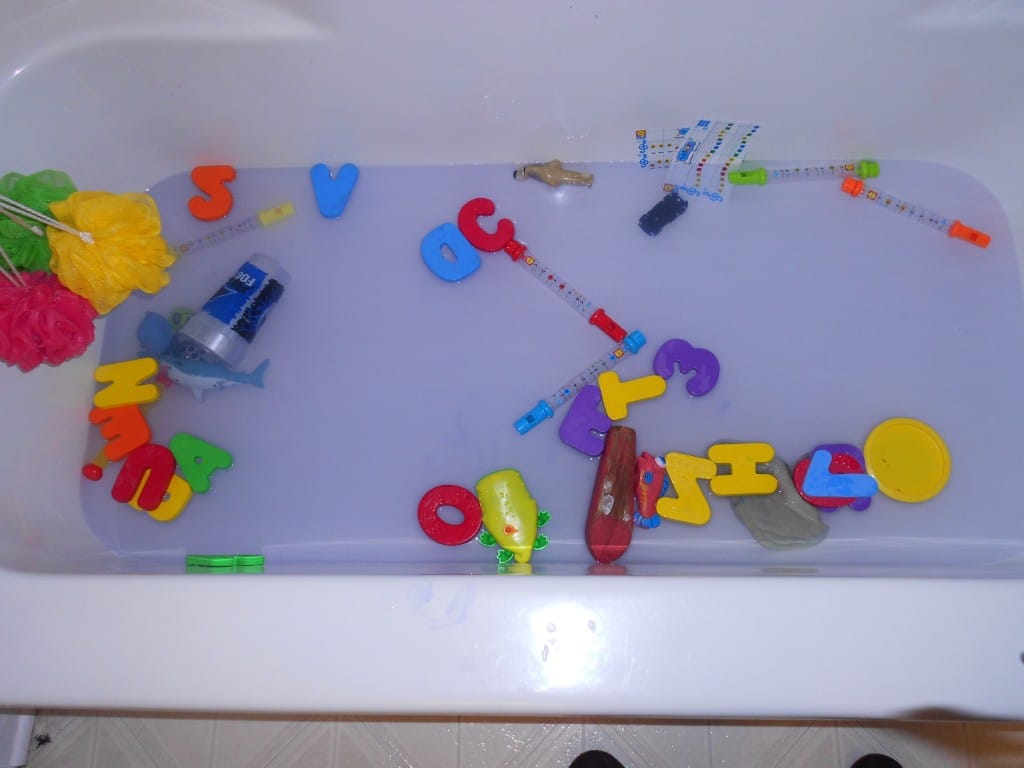 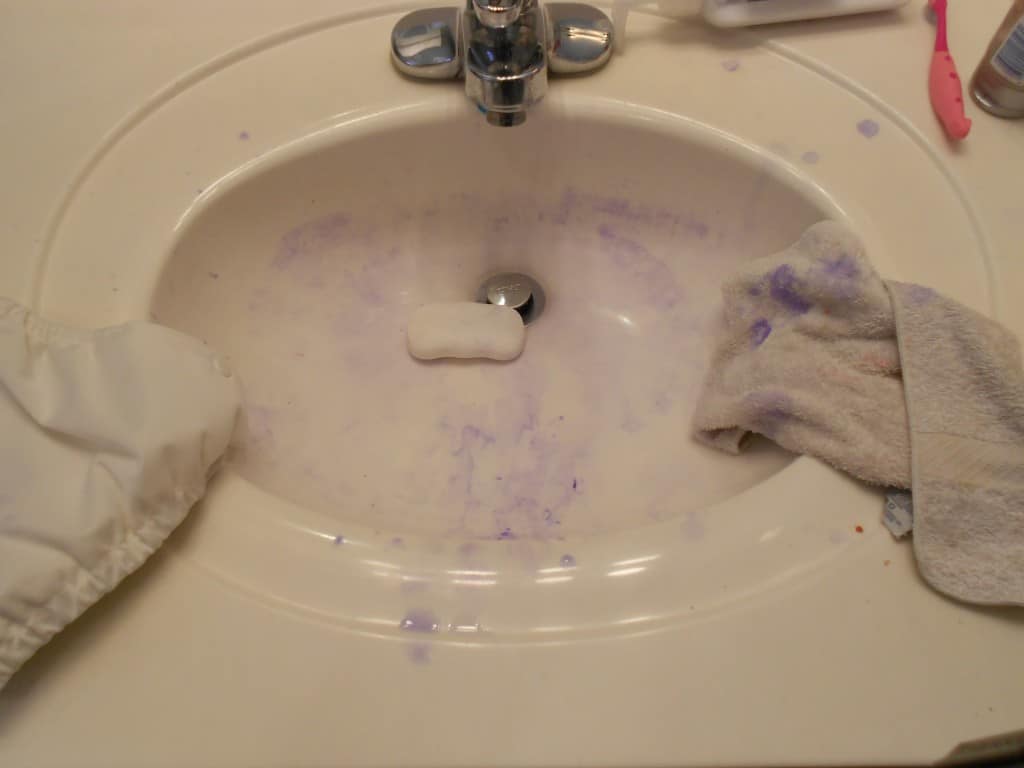 So, lest you fall prey to the notion that my kids are so perfect that I am afforded of peaceful uninterrupted hours of solace in which to wax eloquent on this blog, well, I think I’ve kind of blown that notion up. I suffer. Oh how I suffer for my neglect of them!

BUT, just to reinforce a previous post, I would like to show you the work of the ever-MAGICAL ERASER (and some elbow grease from one ticked-off mama.) 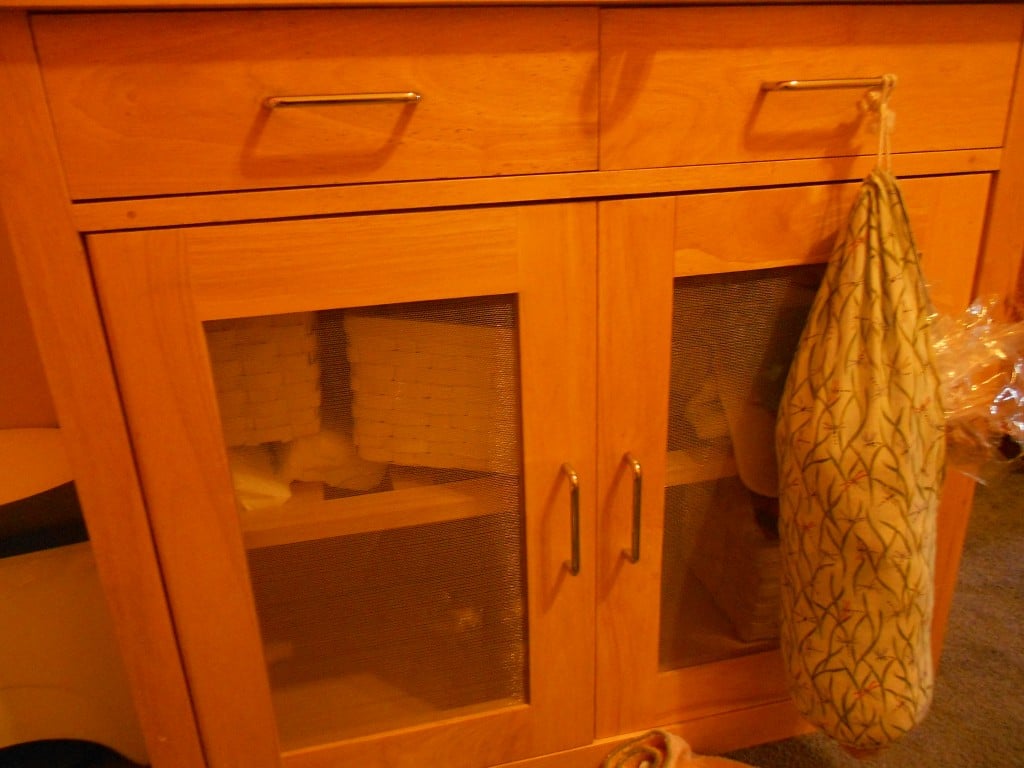 Also, you can barely see in this post the deep blue carpet for which I have never been thankful, until now. Oh, Dark blue, purple-dye-disguising carpet, I will ne’er speak ill of thee again. Oh, how you and the Magic Eraser have covered the multitude of my sins. 🙂

Any wisdom on how to get the baby to stay IN THE BED? (I know. I know. She’s not a baby anymore.)

2 thoughts on “A Horror Story Revisited”