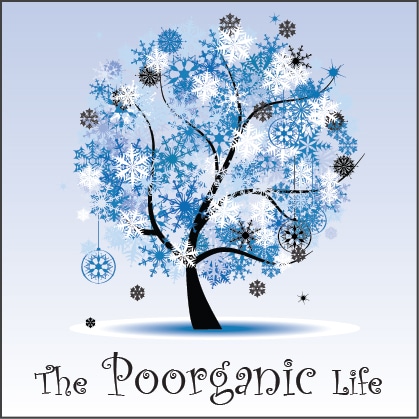 Lately I’ve had something on my mind that I’ve finally gotten the gumption up to write about.  Well, truthfully, what I should say is that after I told God, “No way am I going to write that post no matter how much you nag me about it,” he said, “I’ve got a big fish for people like you . . . .”

Last week I got a big bump in readers thanks to another real foods blogger who I admire.  After that bump in readership, I really got to thinking about “influence” and what it means for social media.  In my case, the influence of this one famous blogger literally doubled my readership.  I started reflecting on my “influence” and what I use it for.

Do I encourage people? Do I depress people? Do I scare people into eating real foods or giving more money? Do I momentarily inspire readers but then am forgotten? Do I matter? Am I effective? Do I make the most of every opportunity that I have?

I also began to reflect upon the blogging communities and the blogging “circles” that I run in.  I began to notice something that troubled me, embarrassed me, and scared me.  Here’s one example.

One blogging community that I’m part of hosts a major conference for Christian women bloggers. To launch this year’s conference and the new name for their community, they held a Twitter party.  There was a lot of buzz among the 700 or so bloggers interested in this conference.  The big draw for the Twitter party was that they gave away a ticket to the upcoming conference. Hundreds of bloggers logged onto Twitter to try for a chance at the free ticket.  I had never been part of a Twitter party, but let me just tell you, it was INSANE.   There were dozens of tweets going up a second. We said hello, mentioned how overwhelmed we all felt, and then we began vying for the giveaways. The party was trending like crazy, meaning that lots of people who don’t know about this conference were tuning into the Twitter feed to find out what was going on.

When the time came for the conference ticket giveaway, a great Twitter chorus of “ME. ME. ME. Please ME!! Pick ME!” went up. (That might have been my exact tweet.)  We gimme-gimme-ers were sent on a scavenger hunt to the conference webpage to find a picture of the ticket in a photo.  Someone won. It wasn’t me.  Then everyone disenchantedly tweeted something akin to “Hooray for you winner person. My eyes are bleeding from reading this feed. I’m going to bed.”

And we went to bed.

No one said, “Hey how about we all retweet to our followers what this conference is really about?”

No one said, “Let’s each donate $1 to a mission agency or charity for a chance at the ticket.”

No one said, “Is there ANYTHING going on at this party that gives outsiders even the vaguest inkling that we are Christians?”

I went back and read the feed. It is pretty sad. Hundreds of Christian women with computers, and iPhones, and thousands and thousands of followers totally missing a big chance to do something more than stand on our platforms and shout “Me, ME, PICK ME!”

I’m not saying we are bad or evil or horrid. NOT using every Twitter party for giving or outreach isn’t bad.  Of course not. I’m not saying that every blog has to be one shining “Jesus-bomb” when you log on. That’s not even possible.

I’m just saying that we HAD an opportunity to be a light for Christ, but we missed it because we were busily shining it on ourselves and our super-fun blogs.  We just forgot to be a light? Or we didn’t think about it. Or we thought we would do it later.  Sometimes I wonder if we get so busy encouraging, inspiring, and doing “good” for our sisters in cyberspace that we forget to do what is harder. To reach out, draw in, give up, and extend ourselves.

We just get ingrown.

You know, I constantly worry that you’ll be annoyed that I talk about giving so much and you’ll think, “Katrina, not everything is about giving and missions!”

But it is. It really is. Or it should be. I truly believe that if the world thought the word “generous” when they thought of Christians, things would be different.

Yet, while I point a finger at this Twitter party and my peers and blogger friends, I get three fingers pointing back at me.

In my effort to be “catchy” and “relevant” and “pleasing” to my readers who care about real foods, do I miss chances to write what God wants me to write? Am I afraid that I’ll lose readers who don’t care about giving and generosity?

But here is the truth my dear Christian friends.  We are told to MAKE THE MOST of EV-ER-Y opportunity.

So remind me if I forget to do this. Come after me. Tell me that a big fish sent ya.

Col 4:5 Be wise in the way you act toward outsiders; make the most of every opportunity.

26 thoughts on “Make the Most”