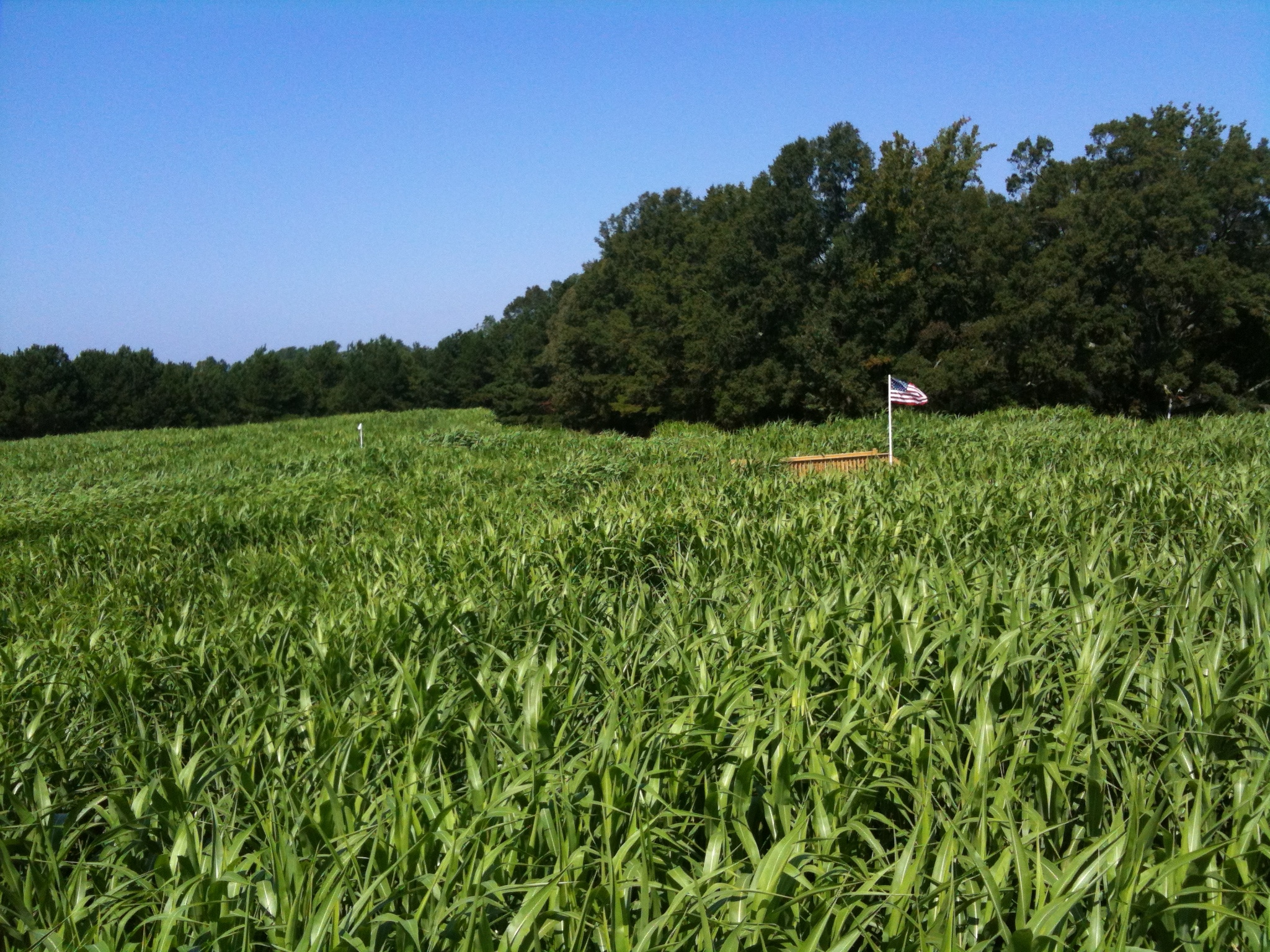 For the past several years, during autumn, I’ve worked at a corn maze.  If you’ve never been to a corn maze, the way it works is that after the corn (or in our case sorghum) is planted, paths are cut through the acreage, typically in some shape or formation.  Maze-goers enter the maze and traipse around, looking for the exit, or even certain milestones along the way. 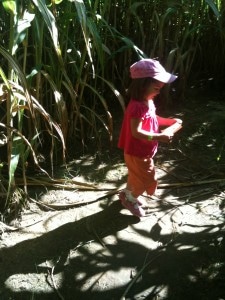 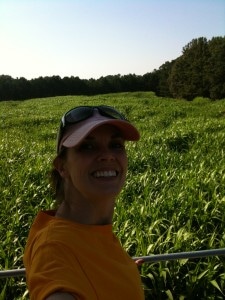 High above the corn maze, there is a tower where someone sits to keep an eye on the mazegoers.  Several years ago, part of my job was to sit up in the tower, looking down on the maze goers, watching to see if anyone needed help.

You see, upon entry, each group would grab a flag on a high pole to carry around the maze with them.  If they got stuck and needed help, they could lift the pole and wave it.  Up in the tower, I had a microphone connected to the sound system which would call out over the maze. I’d offer directions from my perspective of where they were, and MAYBE where I thought they should go. 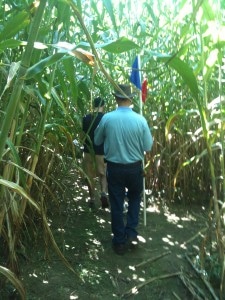 But more often than not, I’d see the flag raised and, shouting over the loudspeaker, I’d say, “CALL ME!” Because, in addition to the flag, Mazegoers also took the phone number for the tower. This meant that when they got into trouble, they had the option to raise the flag for help, or to call directly and tell me what exactly they needed help to find.

Here’s the interesting thing I learned sitting up in that tower.

Most lost people did not actually want to call for help; they just want to wave the flag–with gusto.

From my perspective, it was MUCH more difficult to give directions to people when I didn’t really know what they wanted help finding.  I would give direction on the loudspeaker about where they were, and they’d keep waving the flag as if to tell me that I misunderstood.  Sometimes, they’d shout back inaudibly, instead of calling, as if I could hear them.

If and when they finally called, I could ask where they were going, whether they’d been separated from their group, if they needed to exit immediately or were just looking for another map station.

It was much easier to help people that I was in conversation with on the phone rather than those to whom I was calling down directions to from the microphone.

What’s my point, you ask?

So I know this spiritual analogy will break down, since God is not a confused lady in a cornmaze tower, but it got me to thinking about the way that we behave toward God during confusing and lost times in life.

Rather than entering into conversation with Him, telling him our struggles and hearing his counsel, we FRANTICALLY wave our flag from a distance.  It’s like the last ditch prayer we toss up during a crisis.

Sure, God knows we are in trouble, but at such a spiritual distance, we aren’t actually in any position to receive helpful guidance that we trust.  Even if we hear God’s voice from a distance, we think, “He doesn’t really know what I’m dealing with down here.  Those directions don’t really apply to me.”  Or a lot of times, we’re so clueless that we think the cleared paths he’s made for us are just coincidences or, even more ridiculously, the results of our own wisdom. 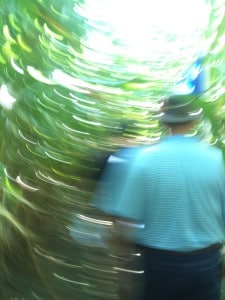 The fact is, when we are in frequent, honest dialogue with God, we can discern the voice of the Holy Spirit in dark, lost places. We trust that He hears us and knows where we are and where we should go.  His voice doesn’t sound strange, distant, or confusing.

Our cornmaze doesn’t use flags anymore. We use a smartphone GPS system that doesn’t rely on a lady with a loudspeaker. Nonetheless, I’m glad for God’s reminder to me about the best way to communicate with him. It’s by the most direct method– constant two-way communication, regular plain ol’ fashioned daily prayer.  It’s not by frantically waving from a distance.

3 ‘Call to me and I will answer you and tell you great and unsearchable things you do not know.’

2 thoughts on “Where’s God in the Maze of Life?”