(So depressing that I started this post four months ago and yet it’s still relevent to my life.)

I am shamelessly ripping off Jen Hatmaker’s worst mom series because imitation is the sincerest form of flattery and I love her. Plus, while she may be worst at many things, all her kids are (apparently) potty trained, so I can assuredly claim this one without argument.

I hate potty training. I stink at it. (Stink. Haha. I get it. You’re so mature.)

Yes, it stinks. I stink. My whole house smells faintly or strongly, I’m not sure which, of urine.  You see, my nostrils and brain are damaged by the smells of pee and poo.  The other day I flopped down on the bed next to Jeremy and laid my hand on his chest only to realize that it smelled like poop. 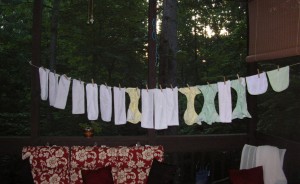 I smelled them again. They smelled like melon scented soap. Phew. Sigh of relief.

What if we no longer even know what poop smells like!

What if we have just developed a coping mechanism that enables us to smell melon soap when really, everything is poopy!?!

This is where I am, people.

One of my very first blogposts, lo these many years ago, was entitled “The Poop Was Not In the Plan” and it detailed how my darling son, successfully pooped in the potty and was rewarded.  These days I DREAM that I will ever write such a post again.

I have now been diapering for eight and a half years.  I know it is not a record, by any means, but FOR THE LOVE. It is a long time.  I have so many Pampers and Huggies points that I can buy (drumroll please . . .) hugely expensive TOYS FOR INFANTS. Not four year olds. Arggggghhh!

(Here’ s a marketing tip. The top prize should be some sort of spa package.)

You may know that I have three children. The first two, were basically self potty trained due to the total neglect of their mother, who was nursing and caring for some new child. My kids are spaced two years and two months apart, so the arrival of a new baby unseated the current “baby” and thrust them into the big sibling role, with all its expectation for self-care and hygiene.

Basically, with little more than some candy bribery and a potty insert, the first two turned into underpants wearing big kids. 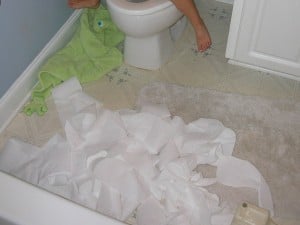 Yet, with my third and final child, no such unspoken “Baby” dethroning has taken place. (Horrid reverse pun–I know.) In fact, I would pay large sums of money to get her to willingly sit her FOUR AND A HALF YEAR OLD BUNS on the five large, small, pink, or rhinestone covered potties that we own.

She will not for candy.

She will not for screens.

She will not for money or treasure.

She will not for toys, or dressed up potties, or book reading, or fairies visits, or privileges.

She will not sit even if she has to wallow in her own filth, wipe her own poo, suffer isolations, or wander in the yard unclothed.  In fact, once in the mild fall, she spent an entire day in the yard with only a dress and the promise that she could come in when she S-A-T (not even peed or pooped) for 1 second.

THREE TIMES SHE WENT ON THE FLOOR OF THE GARAGE RIGHT NEXT TO THE POTTY. For-the-love!!!

In attempting to FORCE her to sit on the potty, she planks herself mightily across it with stomach muscles that could make you weep with jealousy and frustration.

The doctor says she does not have delays, or oppositional defiance disorder, or any psychological problem. She doesn’t have tantrums or fits or outbursts.  She is JUST strong willed. (Just strong-willed???!! Stab me now before she is a teenager.)

I’m not going to lie. Being bad at potty training is totally affecting my life. It makes me feel depressed, like a failure. The older she gets, the WEIRDER it is that she wears diapers, the absolute battle it takes on my psyche.

The last year of my life has definitely been really, really hard. There are a lot of reasons that I won’t bother to explain, but I have finally realized this failure is one of them.  I tried to think of a reason that would be cooler and more psychologically profound than merely sucking at potty training my kid, but alas, I could not.

Here’s the truth: the fact that she is stuck in this babyish behavior has me stuck too.  I feel I can’t move on to the next thing that is meant to happen in my life.  I cannot control or plan or get my mommy-groove going, when she is plainly NOT doing what she can and should do.

WHY IS SHE SO FREAKING CONTROLLING AND STUBBORN?

(Is it possible that I am just ranting and venting now? Perhaps.)

I’m stuck in the baby stage and it was supposed to be over a year or more ago.

And yet . . . I do have moments of clarity and serenity, where I see the bigger picture, one that invariably involves a future where she will definitely be the one of my three children required to change MY Depends. HAH!

Oh wait. That wasn’t the clarity moment. That was the bitter dream of revenge moment.

Ahem. What I meant to say was . . . . I do have these SPIRITUAL moments of clarity when God speaks to me, a woman who has known HIM her entire life.  He reminds me of a passage in 1 Corinthians 3 where the Apostle Paul talks about having to give the people of the church “spiritual milk” because they weren’t ready for food.  I feel like maybe God is asking me the opposite.

Do you insist on spiritual milk when you should be ready for food?

Are there areas of immaturity in your life that you cling to because of your controlling stubborn nature?

Are there things about your behaviors that are inconsistent with who I’ve made you to be?

Are you using your strong will to wallow in actions that are just, well . . . crappy?

I wish I could think of some way to bring this post back around to hilarity and amusement, but let’s just face it. Potty training is the pits.  Struggling with it is no laughing matter.  Talking about this failure seriously brings me to tears a lot of days when I have to recall the total wrong-ness of a 4.5 year old in diapers.

But even though she shows no chink in her resolve to be the first diaper wearing Queen of the Universe, I want to see an end to my own willful, selfish, stubborn behaviors. I don’t want to be the spiritual equivalent of a four and a half year old in diapers.

Matthew 5:48  “In a word, what I’m saying is, Grow up. You’re kingdom subjects. Now live like it. Live out your God-created identity. Live generously and graciously toward others, the way God lives toward you.”

Do you have areas of your life that require some “growing up?”

(In case it doesn’t go without saying, this post was not a solicitation for potty training advice in comments. 🙂 But if you have a kid that potty trained after 4.5, please put that in there. It will give me hope. )