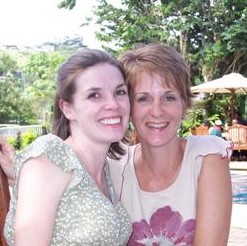 Years ago, my friend Kay said I needed to overcome my paralyzing need to people please.  She said that I should practice on people who don’t matter.  She suggested that I say “No” when I didn’t want to do something, send food back in restaurants when it was gross, and ignore criticism from strangers.

But honestly, the statement kind of made me recoil.

I’m a middle child. A peace maker. A placater. I’ve been taught that if I don’t have anything nice to say, I shouldn’t say anything at all. I believe that everyone’s opinion counts. I should care what people have to say. Maybe it is from God?

I’ve been told that I should be “all things to all people” so that I can be a good Christian. Conform. Suppress. Self-sacrifice.

My confident friends would say, “Don’t worry what other people think of you.” And I would parrot it back with false assurance. I would use my blogger tone, the one that belongs to a confident, secure, Christian feminist girl who is unfazed by the silly, petty comments that life in the blogosphere tends to offer. This girl doesn’t care what people think.

Truthfully, I cannot even comprehend disregarding what people think. I have been believing their opinions for FAR too long.

My problem is not JUST that I worry what people think of me. My mistake is my BELIEF that dismissing their criticism is wrong, sinful, prideful, and defensive.

About a year ago something significant happened here in my writer-dom that I didn’t realize at the time. The number of strangers who read this blog surpassed the number of friends who read it. Despite receiving wonderfully positive feedback from many readers, occasionally, a tiny little pinprick of rejection would find its way into my inbox from a reader.

My writerly persona may have pretended that she didn’t care, but behavior revealed my actual BELIEFS.

When my work was criticized or even questioned, I deleted my posts, backtracked on my assertions, or softened my stance. I simply could not dismiss the harsh comments. Could I?

Hey you. Complete Stranger, I NEED you to like me.

Hi Person Who Disagrees With Every Single Post, thanks for reading even though your barbs make me cry.

Hi Unknown Individual Promoting Your Own Blog, I will bend over backwards for you when you embarrass me.

Uborganic Raw Milk Tyrant, I will keep pretending that diarrhea is okay by me.

Do you share my brand of crazy? Because if you do, you are probably pretty exhausted.

I was exhausted. I was insecure. I was paralyzed by the fear of being disliked, disrespected, or disregarded. I still kind of am.

(Have I said “I could not dismiss them” enough that you are getting my point?)

Last week, I had an e-mail conversation with my brilliant friend who told me to “Practice on the People Who Don’t Matter.”   We were talking about my six month blog hibernation and why I was having problems with insecurity and fear. Here’s what she said

You’ve conformed and you’ve tried in so many areas.  Your family.  Ministry.  The blog.   And you keep running into these walls.  All this stuff is broken, and that’s why none of it works and just makes you more frustrated.

You feel empty and depleted and shallow because you’re not the restorer of your own soul.  Your performance will never, ever be enough.

And you’re low energy, because why would you want to have energy for a bunch of crap that doesn’t work anyway–and you know it!

But it comes at the cost of disappointing a bunch of people, and I think that’s what the struggle is here.

The other day, I wrote my first blogpost in six months about U-pick strawberries. I thought it was a fairly safe re-entry.  Inevitably, however, I got a comment on my Facebook page that I didn’t like, and it made me feel bad. So, I decided to practice on the people who don’t matter.

And I immediately felt bad, so I decided to keep practicing.

I went through lots of old blogposts and I deleted a lot of the comments that hurt me, made me angry, or just plain annoyed me.

Maybe that sounds callous and closed-off and bitchy.  Insecure-me is afraid that you will think so.

But this is my blog. I am the writer. I created it and I am going to protect it.

God created me with a love of words and writing, and I work for Him.

I am a writer.

I am a writer.

Maybe I don’t believe that yet. But I will.

How do you handle criticism of your work whether it’s your parenting, your writing, or your art?

64 thoughts on “Practice on the People Who Don’t Matter”