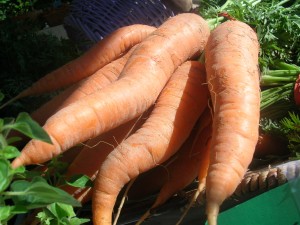 Against my better judgment and the advice of some of you, I have resolved to carry out a little experiment to see if our family of five can eat organically and not hate it. I have already begun some research into the matter and have drawn some of my inspiration from a blog written by a woman here in the Charlotte area called 100 Days of Real Food, where her family converted entirely to organic eating for 100 Days. After they successfully completed that challenge, they took on a subsequent challenge to eat organically for 100 Days using $125 a week, which is less than the $167 Food Stamp budget, allotted for a family of four. She even posts menus and food lists on her website, which I intend to borrow from in our effort to do a similar, but different thing. I strongly recommend you check out her site and I have mostly only positive things to say about it. It is very interesting and helpful to read her journey; I hope you will.

BUT . . .Here’s the problem. Or two. Or several. Basically, I am going to tell you a what I want to do differently. I basically want to make this experiment one that would be realistic for people like me: those who have incomes under 50K, live in small towns, and don’t want to devote their entire lives to obsessions about what they do and do not eat.

1. $167!!!! WHAT the heck!?! After the 100 days of eating real food on a budget ($125), she confessed that she was thrilled budget eating was over so that they could go back to their “normal” way of eating and spending more. They were tired of working so hard to spend so little and having to eat so strangely. While, I totally loved the site up to that point, I wanted to spit on the computer screen when I read that. What about people who CAN’T go back to spending more?!? What if there isn’t more?!? (Sorry, but as it turns out the exclamation point was created for just such a time as this.) I would like to be on food stamps if that is what they spend per week on food alone! Unbelievable! Can I keep using exclamation points to demonstrate my amazement!?!

The Poorganic Life Eating Poorganically budget will be $85-$100 a week for food. We have a $500 a month CONSUMABLES budget, recently increased by necessity from $400, which we could not maintain. This INCLUDES non-food consumables like toiletries, household items, and DIAPERS. I am keeping it the same as what it is now because there is no miraculous new money to use. If we got new money, I think it would be hard for me not to feel that starving people would appreciate any food more than I would appreciate my ability to eat organically. Hmmm . . . this is getting dangerously close to a moral issue; therefore, I now run away . . .


2. She shops at Earth Fare and Trader Joes OFTEN, which are both a minimum of 25 minutes from my house AND, significantly, they don’t have kid-carts. Uggghhhh.

The Poorganic Life Eating Poorganically Experiment will attempt to shop mainly at Harris Teeter and the Farmer’s Market with occasional Earth Fare or Trader Joes trip. I feel strongly that if organic eating is only viable for those persons who live on farms, are really wealthy, or live in big, fancy socially conscious suburbs, than it is not much of a lifestyle option for say, the world. (No offense intended if you farm, are wealthy, or live by Whole Foods; I’m just saying, it is easier for you.) Plus, if I’m adding on tons of gas to get myself to and from these granola-ish stores, that is kind of counter-intuitive to Eating Poorganically, no?

(Update 12-1-11. We are going to Earth Fare A LOT more often because of Kids Eat Free on Thursdays and good coupon offers. I’m doing Trader Joes once a month.)


3. For the most part, they are EXCLUSIVELY eating organic food although she honestly admits when they don’t, but she is pretty puristic about it, which means that the $125 doesn’t go very far.

We are going to gradually increase organic eating the best we can based on what we learn. I am not going to “start from scratch,” which means that initially, I will be incorporating my existing non-organic pantry items with my organic purchases. After my research, if I determine that non-organic bananas, once peeled, are essentially pesticide free for consumption, I will not trouble myself with legalism for that item. I’ll try to keep you posted as I learn things. (I’ve actually already made the banana call though, if you must know.) 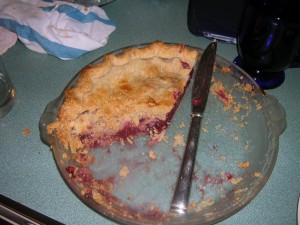 4. Some of the menus, while varied and interesting, DEFINITELY lack the quantity of food my household will require. For example, one of the lunches is “yogurt and a little honey with banana bread and grapes.” Um . . . I’m waiting . . . . for the part after the appetizer . . . so that my husband will not divorce me for starvation.

We are going to eat until we are full. After I started couponing, my people got used to having lots of food around the house, and I don’t think we can go to a scanty cupboard existence without protest. If I have to trade in a couple pounds of organic yogurt and banana bread so that I can make J a deli meat sandwich for lunch, well, that’s just what’s gonna happen.

5. It seems like “real food” eating means you spends a LOT of time planning meals, finding food for a certain price, buying that food, and cooking. I know that I have somewhat just described my life exactly, but to be honest, I am not really THAT interested in expanding that category in an even MORE OBSESSIVE sort of way.

Here I will sound like a hater, so just bear with me if you can.:

Are we stay-at-home moms so short of real things to do that we have manufactured an entire industry of throwback domestic busyness for ourselves to do, take photos of, and then brag online about? This is a real question since I am actually going to be doing this. I have to pray and think through what the balance is between being a good steward of my time, money, and my health is.

But I will tell you what. If at any point, I start talking about wheat grinders, will someone just shoot me? No, wait. I take that back. Don’t. Because I actually watched a wheat grinder demo today and thought, “Huh, that doesn’t look so bad.” I guess part of my observation is that it seems like this recreational organic-ness is a void-filler in a bored life. Maybe I’m not intrigued by the 1950s mom-bit because I’ve done the whole made-from-scratch life in PNG. It wasn’t optional then, so the idea of delightedly making my own organic granola doesn’t fill me with a deep inner sense of Proverbs 31ness. It overwhelms me. So to that end,

For Eating Poorganically, I am going to keep doing what I am doing now with increased attention to NOT buying processed food. That is all. I may make bread and granola because I like to do that and it has nothing to do with organic-ness. Just to prove it, I will pour some high-fructose corn syrup over the granola to help it stick together and become especially sweet and crunchy. Yum. Then I will pray over the granola that no genetically modified corn was used for the syrup, and if it was, that God will protect my innocent children from its damaging effects. (Wait. Is that like smoking when pregnant and praying that the fetus doesn’tt inhale? . . . .I am not prepared for this organic thing to become a moral issue. Moving on . . .)


6. 100 Days of Real Food Lady says that she and her husband lost weight and had lots of great improvements to their family’s health. This is not a complaint, but we are not doing this for either of those reasons. In fact, if anyone in my family loses weight at all, it would be a health problem. My husband exercises and lifts weight and is very fit. My kids are active and perfectly weighted. I am sloth-like and hardly exercise, but apparently am freakishly thin (my little Mii Lady on Wii-Fit droops miserably every time I step on ––I hate her) so it would seem that for the most part we are all currently very healthy, thus

As disease prevention and avoidance are immeasurable and maybe even unprovable, we are going to be closely observing whether Eating Poorganically will make us feel stronger, healthier, or more energetic. I am hoping it will because if it does nothing obvious, Eating Poorganically will seem like a lot of work for nothing. If we feel worse, hungrier, or tireder, we will probably give it up. I’m just being honest. I am going to keep looking for real proof in the form of a study, but so far I have not actually seen any definitive link between eating certain foods and avoiding disease that could not be explained by other variables. Please let me know if you have read a good study on this. (I am not saying that there is not very strong suggestive evidence, but I mean ACTUAL evidence.)