A few months ago, I bought something from a seed company.  I had been waiting and expecting it for a while and was very excited to open it when it came, but when I looked inside, I was disappointed.  In fact I was underwhelmed. I was hoping for something different.

See, I have to tell you about the weirdest seed company ev-ah. You see, they don’t sell seeds.

The Seed Company has nothing to do with actual plant seeds or gardens. Instead, they work to raise funds for Bible translation projects, planting spiritual seeds around the world. Many of you know that I blog for OneVerse, which is a program run by The Seed Company. OneVerse enables donors to give $26 a month to pay for the translation of ONE VERSE of Scripture for a particular language group. (Isn’t that clever?)

Anywho, the OneVerse bloggers blog on behalf of the Vidunda people in Tanzania. Here at The Poorganic Life, we do this through Letter Verses, which you can read about above. (We are almost to L verse, but you can join in on any letter you like.) 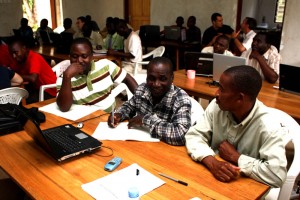 If you are skimming through this post to see what the heck my point is, here I go back to the story.

When we started supporting OneVerse, I learned they would send us a verse (aka “seed”) that our gift has helped to translate.  THAT is what I was waiting for, to see what magically inspirational verse we had given to the Vidunda.  After all, when I choose letter verses, I try to pick inspiring and life-changing ones.  I knew that God would make sure our money would have gone to just such a one.

It was John 5:5: One who was there had been an invalid for thirty-eight years.

I was underwhelmed. In fact, if I’m being honest, I wasn’t sure that was worth $26. Who really cares how long he’d been an invalid? That’s just detail. I mean, the good part of the story is the fact that Jesus heals him in a skinny minute. Why couldn’t I have gotten THAT part? The healing part. That’s the part I want.  The healing part is what people need.

Anyway, in my dismay over being assigned the boring part of the story, I decided to read the whole passage around my dumb detail section.

1 Some time later, Jesus went up to Jerusalem for one of the Jewish festivals. 2 Now there is in Jerusalem near the Sheep Gate a pool, which in Aramaic is called Bethesda and which is surrounded by five covered colonnades. 3 Here a great number of disabled people used to lie—the blind, the lame, the paralyzed. [4]5 One who was there had been an invalid for thirty-eight years. 6 When Jesus saw him lying there and learned that he had been in this condition for a long time, he asked him, “Do you want to get well?”

7 “Sir,” the invalid replied, “I have no one to help me into the pool when the water is stirred. While I am trying to get in, someone else goes down ahead of me.”

This man had been an invalid for THIRTY-EIGHT years, longer than I have been alive.  Yet, he still came to the pool, hoping against hope that maybe he would be able to get in when it was stirred and receive the healing that these sacred waters were purported to give. He was WAITING. He was TRYING.

In a recent post, Be Needy, I talked about how important it is that we express our need as an act of faith, admitting our helplessness. When we do, Jesus has an opportunity to meet our needs. This invalid was very NEEDY, but he had no one to help him meet his need. Others around him were needy too.  His response to Jesus’ question “Do you want to get well?” almost sounds more like a despairing excuse than faith. He was explaining WHY he couldn’t be healed, WHY his efforts weren’t enough.


Jesus doesn’t seem to make this distinction. Our expression of need, of faith, of waiting, of expectancy and belief is enough. We should recall that Jesus is present in our midst through His body, our fellow Christians. 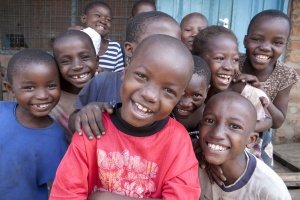 The second thing that I realized is that this ONE verse, underwhelming though it was, might be VERY relevant to Vidunda people who have waited their entire lifetimes to hear God’s word in their language. They have been invalids spiritually, trapped without the healing message of the Gospel.  They have a great need, one that we all share.  We all share the need for God to intersect our broken lives, see our need, and speak to us the words, “GET UP!”

This need is not underwhelming–or even overwhelming, nor is our ability to contribute to to help others as Christ’s body. We have been equipped! Please pray about joining with OneVerse to give the seeds that will plant God’s word in the hearts of those who NEED it in their own languages.

If you want to read posts by the other OneVerse bloggers, check out our link-up here.