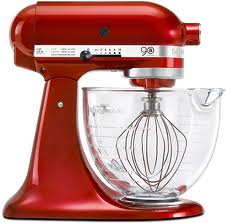 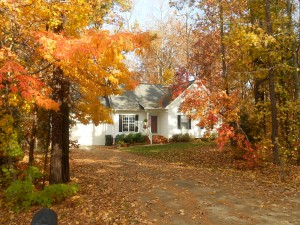 This is a post from Thanksgiving 2010 that deserved a rewarming. 🙂 Enjoy! (Also, I was still blogging as The Low Ryder then.)

In prep for the holidays, I’m not blogging as much because of busyness.  Also because my simplicity and frugality strokes of genius, when shared, would spoil the gifts for my recipients, my family, which I’m guesstimating is about a third of my readership.

Excuses, excuses.  But I have to share about my recent battle.

For Thanksgiving we traveled to visit a friend of mine and her family. While there, I met up with an old foe, The Green Eyed Monster.

It was an epic battle. I was unprepared. I did not fair well.

But, I’m getting ahead. Let me provided some background. First, as you know, I am constantly trying to be frugal, live simply, brag about it, and roll around in the accolades of those of you who think I’ve done something awesome.

But really, it is not that awesome all the time.  In fact, sometimes (for example, the last month when I’ve hardly blogged at all) I am sinking slowly into the mire of discontent and finding it difficult to be happy with my tiny house, tiny budget, wardrobe full of old clothes, and kids who perpetually outgrow their second hand shoes. During such times, it is hard to be clever and funny and tell you how great I am for living in a 1090 square foot house.

That’s the number. 1090. 1090. 1090. It’s been on my mind. It is the biggest house we’ve ever lived in for sure. And I love it. I picked it. From the list of three houses we could afford when we house hunted three years ago, it was the smallest and the one we chose.

When we first were married, we lived in a 600 square foot one bedroom condo. Then in PNG (Papua New Guinea) we lived in one side of a duplex, that I’d guess was about 800-900 square feet. (Though none of it was heated, so if you are counting “heated” living space, we had the 4 square feet around the range that was warm from boiling bagels. :)) After we moved back to the states, we lived in a two bedroom apartment that was about 800 square feet again.  So by contrast, our current house is massive though our family has grown considerably in that time as well.

But there are many times when I have to wrestle with my 1090 problem. See, I don’t actually know any family in this country who lives in a smaller house than mine. People say comforting things about how is seems bigger or how high the ceilings are, but you can’t live in the high ceilings, people. Some days it is just small.

But house size is just the start of the issue. It goes from there.  This is where the battle began.  Here’s how my battle actually unfolded.

The Green Eyed Monster (GEM) will be Green. I, The Low Ryder (TLR), will be Red. We’re going to go with some theatrical references just to bolster my Shakespeare allusion. (Othello. Come on people. “Oh beware my lord of jealousy, the green eyed monster, which doth mock the meat it feeds on.” )

Battle 1: Wherein I try to delay the battle.

GEM: So, did you notice that the house is not only huge, but perfectly clean?

TLR: Well yes, but it is evening, so the lighting is low. I’m sure that she only cleaned the main areas we’d notice. Tomorrow I’ll surreptitiously scout around for some dirt.

Battle 2: Wherein I try to deny that we are in a battle

GEM: Wow, that mixer is awesome. And red is your favorite color. Also, did you notice how there is no carcinogenic Teflon flaking off of that amazing cookware?

TLR: My tiny hand held mixer with the beaters that perpetually fall out is better because it actually fits in my miniscule kitchen. Plus, I really don’t think Teflon flakes are seriously damaging. We’ve been eating them for years.

Battle 3: Wherein I try to go on the offensive


TLR: See, I don’t even like the yard. Who wants a nice flat playing surface when you can have a wooded slope?

GEM: Definitely. I can see what you mean. And the neighborhood full of kids to play with would really stink too, right?

(Just to warn you, GEM is a snarky little *itch.)

Battle 4: Wherein I try to be a Hater

Setting: Friend has just mentioned square footage of house in reference to another house double the size of her own, which is just “TOO BIG”.

GEM: SEE! I told you this house was HUGE. Your house is freakishly small. All sane people know that houses of that type are referred to as “Starter houses” for a reason. When are you going to grow up and stop pretending you like that dirty old place?!

TLR: Seriously, people who need these huge fancy houses have compensation issues. Like size complexes. Maybe they are all hiding their mountains of debt under their big fat super clean houses and nice kitchen implements.


Battle 5: Wherein I cannot take this lying down


Setting: My friend and I go to do some couponing because I need diapers for the baby

GEM: Wow, she really rocked that coupon deal and is super frugal. I think we were wrong about the debt thing. She’s just way more awesome than you. You just aren’t as good with coupons, athletic, willowy, organized, or even fun.  Did I mention your flaky cookware? What is wrong with you?

Battle 6: Where I pout

Setting: We have arrived home and I have seen up close how dirty and small my house is. My kids are naughty and I am supposed to be joyously decorating our Christmas tree.


GEM: So it sure would be nice if more than one person could fit in this kitchen. I mean, you can’t even have the fridge and the dishwasher door open at the same time.  When are you going to stop telling every last person you meet about the “kitchen remodel” you want to get someday when we both know that is NEVER going to happen?


TLR: I know. It sucks. And the kids are just getting bigger and bigger and this house is just getting smaller and smaller. And teachers are always going to be paid peanuts. I’m hopelessly unemployable after years of having kids and schlepping around this tiny house.

Battle 7: Wherein I try to have the bigger house

Setting: I get a letter in the mail from our Compassion child in Tanzania

TLR: See, I have it way better off than him. He doesn’t even have a refrigerator or a dishwasher. Compared to him, we’re doing great.


GEM: Right, but people in other countries and missionaries don’t count in this game. We’re talking about other people like you. And of those people, you’re the worst off. You know better. You don’t have to live this way. You just choose to.


GEM: You don’t know them because they live in Japan. Face the music. Telling yourself that you like small cozy spaces is just you compensating.


Battle 8: Wherein I smother Desdemona with a pillow.

Oh wait. Not really.We are not in that play.


Setting: I get tired of feeling miserable. I realize that ever since I started listening to GEM, I have felt bad. I couldn’t like my friend, be happy for her in her awesome house, be happy in my awesome house, be thankful for my blessings, be thrilled to be me, or really GIVE THANKS. The GEM seriously did mock the meat it fed on, ME. I’m the meat! This is just the beginning of the Christmas season and I was almost coffinated by discontent. (Coffinated is a new word I made up for when you are buried under by something; there was no word for it, hence, I made one up.)

TLR: You know GEM, being thankful is a one- way act that doesn’t allow for comparisons up or down. I’m not suppose to focus on what my friend has or what my Compassion child doesn’t have as a way to rationalize my feelings. My job is to be thankful for what I have been given and not compare to others. I’m going to stop listening to you. I’m going to be thankful!


GEM: So you’re trying to tell me that you really don’t care how crummy your cookware is.


GEM: You know there is a layer of scum on your refrigerator shelves.

GEM: You KNOW YOU CAN HEAR ME!! YOUR HOUSE IS TEENY TINY!


TLR: (shoving huge fluffy down mental pillow down deep yawning gullet of GEM) I am not saying this because I am in need, for I have learned to be content whatever the circumstances.  I know what it is to be in need, and I know what it is to have plenty. I have learned the secret of being content in any and every situation, whether well fed or hungry, whether living in plenty or in want. I can do all this through him who gives me strength. (Phil 4: 11-13)

TLR: I know. I’ll be ready next time!

I should say as an added note that I LOVE-double puffy heart- my friend and that we had an awesome time. Hopefully she will not disown me for writing about the blackness of my soul in reference to her gorgeous, lovely home. I am HAPPY for her and hope we can visit again when I will have mental pillow at the ready.

HEY, speaking of lessons about money and the soul, anyone want to hear more? I’m open for speaking engagements if you’ll have someone so bold and stupid as to volunteer for such things.  My only consolation for having such a mistake-ridden life is that maybe others can learn from me. 🙂

11 thoughts on “The Green Eyed Monster versus Thanksgiving”