Do you ever feel like the process of eating real foods on a budget is making you insane?

No, I’m not kidding.  I mean, for real, like the whole process of deciding what to buy might be making you into a crazy lady?

Today I decided to stop in at Walmart for the last few necessities of the $500 month.  Mainly, I have been asked to send in applesauce on Tuesday for Anika’s preschool class to learn about “smooth” texture, so I wanted to buy that since I do not foresee applesauce making in my next 4 days. (My mother and I made 14 apple pies last Thursday. If you ask me to peel an apple, I will stab you.)

While in Walmart, (a store that I repent of shopping in NEARLY EVERY SINGLE TIME) I realized that I was descending into madness.  Here is my inner monologue. 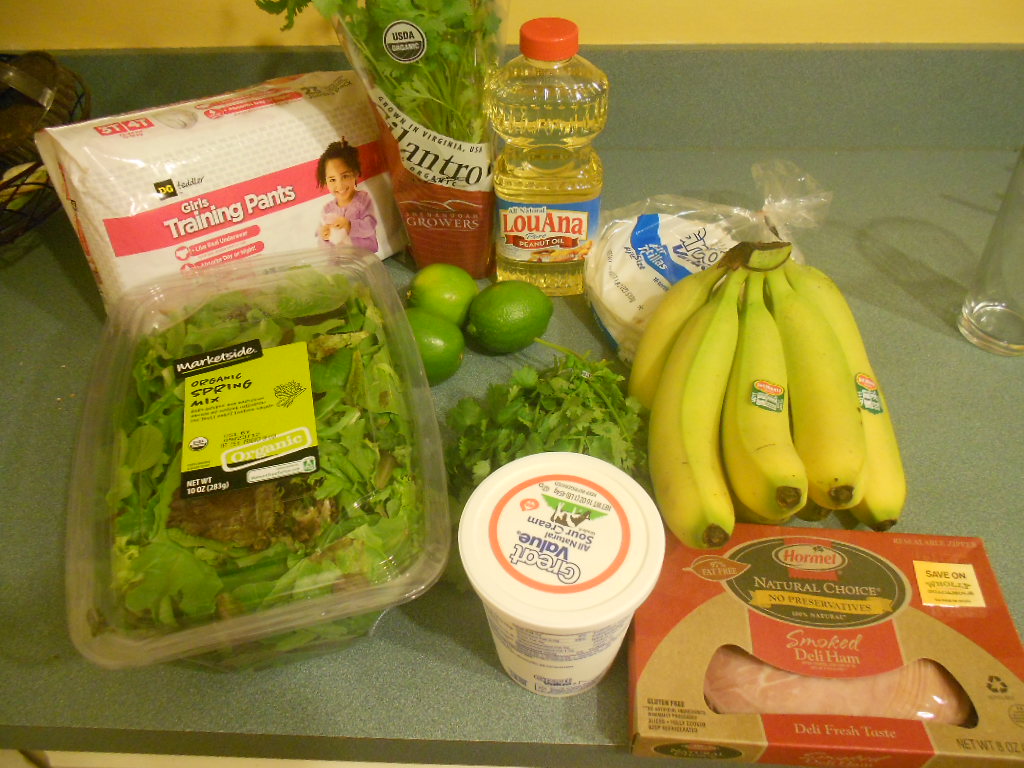 What did you come in here to buy anyway? Bananas?

They are only .53 cents a lb here. That is way cheaper than HT. I wonder how that compares to Trader Joes. Why do they charge by the banana, anyway? How much does a banana weigh?

What country are they from?


Bananas are never local. Get over yourself.

Do I have to buy bananas?

The kids love and want bananas. You only have a few apples and half a tasteless cantaloupe in the fridge. You need more fruit.

Are they on the dirty dozen?

Just buy them. The peel is thick. They are cheap. You need limes to make salsa. The conventional limes are .25 cents a piece OR you could buy the bag of organic limes for $3.

Do I have enough money to buy the organic limes when I don’t need or want a whole bag AND I’m only supposed to spend $20 in here?

No. You have to buy the conventional limes. They are not local either. Get over it.

Do I really need to buy limes and bananas in September in NC?

Yes, those things never grow in NC ever. Stop being a dork.

What else do I need for salsa? Can I find it organic?

Will it be bad to buy conventional cilantro since it is a green and greens are on the dirty dozen?

You can counter act the badness of the conventional cilantro by buying the organic, potted cilantro. Thus all your sins will be washed away. But not your pesticide.

Let’s get some lettuce since those heads of Romaine in the garden are growing slowly. Can you afford organic greens?

YES! This large thing is only $5 for 10 ounces. That is pretty good compared to the Earthbound Farms brand at HT, which is normally $3.99 for 5 oz.

Yes, but I know they are all going to have bad stuff in them.

Maybe you should make some?

Yes, but I don’t have time and we are out of coconut oil and I can’t afford more.

Maybe you should buy some?

Yes, but I know they are all going to have bad stuff in them.

Maybe you can make some with olive oil?

That will be gross. I love the ones I made with lard that time like the Pioneer Woman does. But I don’t have time this afternoon.

Maybe you can make some with lard?

Well, if I’m going to do that I should just buy the ones with the bad stuff in them.  Look here are some whole wheat ones that are $2.85 for 8 tortillas. They only have, um, 18 ingredients.

Maybe you should just buy the cheapest ones since you have obviously let go of all your principles?

How much are those Great Value ones?

Only $1.89 for 16. I won’t look at the ingredients and then I won’t know the depths to which I have fallen.

Good call. Now don’t you need peanut oil for popcorn since they don’t carry it at Harris Teeter?

Well, Harris Teeter only has the gigundous turkey frying vat or the organic peanut oil. I want the non-organic because it is cheaper.

Really? You are going to buy CHEAP non-100 days approved oil by which to desecrate the whole grain deliciousness of your popcorn?

Shouldn’t you just buy some coconut oil? They have organic coconut oil.

I can’t afford it. Next month I will buy some from Vitacost.com, but this month, I only have enough for peanut BECAUSE I WANT PEANUT OIL.

And you call yourself a poorganic?!?

Shut up. I made you.

Your kids won’t eat tacos without sour cream, will they?

They should, but they don’t.

Why do you spoil them? Why do you indulge them in the needlessness of sour cream?

Shouldn’t you buy it at ALDI where it is cheaper or at Trader Joes where the organic is such a good price?

No, because I’m at Wal-mart, not at those other places.

No, because I am already IN a grocery store and I AM NOT going somewhere else for one thing.

Don’t you think there is some kind of heinous evil in this sour cream? Maybe you could just put plain yogurt on instead of sour cream?

I COULD do that, but I am standing right in front of the sour cream right now and it is $1.50 and my kids love it and, YOU SHUT UP! You only put yogurt on tacos if you are missionary in PNG and have no choice. I have a choice! 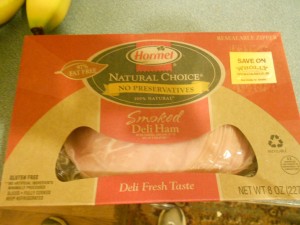 You need lunch meat for Addie’s sandwiches. Do you think they have that Hormel meat that you delude yourself is natural?

What do you think “natural flavorings” are?

What do you think lactic acid starter culture is?

I think it is best if we don’t know

Do you think that the real organic people would buy this?

No. They would raise their own pig and slaughter is and boil up their own rendered lard and roll their own tortillas, but DANG IT, I am at Wal-mart trying to buy my meat- sandwich loving 7 year old some five ingredient ham.

Why don’t you just increase your food budget?

Why don’t you just take some money from somewhere else in the budget?

Because I’d have to take it from our giving and that isn’t going to happen.

You could take it out of tithe since your church closed and you don’t have to tithe.  Why not? It’s your money. No one would ever know and you would feel better about your food knowing that you got the best, organic real food. You wouldn’t be strapped to some arbitrary $500 budget that nobody can stick to.

Firstly, it’s not my money.

Secondly, you’d blog about it, dweeb.

Thirdly, people are more important than the best, organic real food. If you don’t give it to church, you have to give it to someone who needs it more than your kids need organic sour cream.

Fourthly, WE DID DO IT! We stuck to the budget! We got mostly real, somewhat organic, often poorganic, somewhat homemade, often store-bought food and household items for right around $500.

As for the questioning voices, I am not sure I can get rid of them. Literally, every time I shop, I hear these questions and MANY MANY more. (I didn’t even bother you with the inner monologue for the items I didn’t buy.) Am I the only one?

At the end of the day, I have to reassure myself with the knowledge that something is better than nothing.  Also, that my efforts at making these choices for our family are also choices that enable us to be generous with others.  Just in case you need the reminder, THAT is why we are poorganic–not because we NEED to be, but because we CHOOSE to be.

What questions do you ask yourself when you’re grocery shopping?

PS: I forgot to buy the applesauce after all that. Stupid poorganic voice!!!

59 thoughts on “The Poorganic Voice in My Head”