Once upon a time, there was a blogger who kept disappearing. She would write a post here and there, and then, inexplicably, she would disappear and not post anything for days, weeks, even months at a time.

No one knew what her problem was. Some of her loyal blog followers solicited new posts to no avail.  Some speculated that the busyness of a particular Christmas or New Year season may have affected her. Some suspected she had become addicted to watching Netflix shows like Bones during the free trial period.  A few readers thought maybe her recent shoulder injury was actually a bad case of “blogger’s shoulder,” but it seemed that nothing could be done.  She could not be persuaded.

Finally, the Forces of Cyberspace could not handle the absence of so great a talent.  She must blog again! Perhaps a series of gifts would inspire her talents once again. 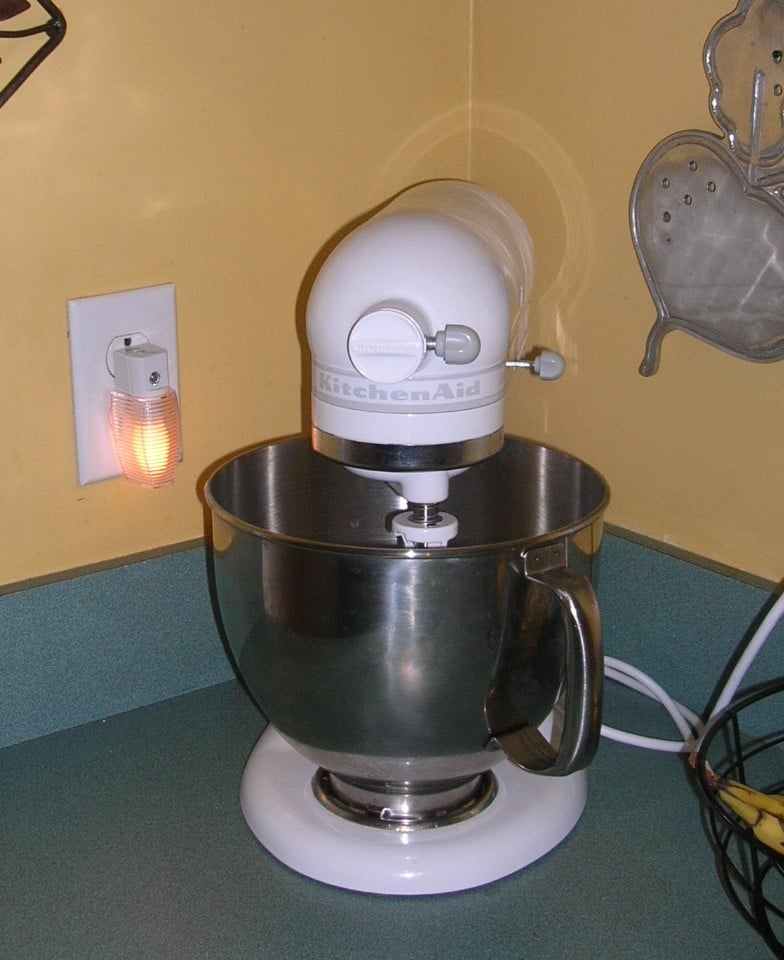 First, she was given a test.  One of the blogger’s friends and readers, read and responded to the blog post The Green Eyed Monster, where the blogger shared her desire for a Kitchen Aid Mixer.  When that friend, who already had a Kitchen Aid Mixer, was offered a Kitchen Aid Mixer with a damaged cord, she passed it along to the blogger, who eagerly accepted the gift, caring not one smidge about the cord damage.  The blogger called a friend to tell, in braggadocious tones, about her good fortune.  As she talked, she examined the damaged portion of the cord, which, to her surprise, suddenly shot out a fiery stream of red popping sparks.

“AHHHHH!” she cried and dropped the phone.

Upon examination, the cord was not just a little damaged, but VERY damaged and the sparks had blown a hole in the side of the metal bowl.  With tingles still running up and down her arm, the blogger dialed the number of Kitchen Aid on the side of the mixer to see if she could order a new cord and bowl.  “Surely”, she thought, “now that I have been given this mixer, I am not to be deterred by the merest electrical shock.” (twitch, twitch)

Quite so. The Kitchen Aid persons were so wonderful that, even though the mixer was given in the damaged condition, they agreed to send a BRAND SPANKING REFURBISHED mixer with a shipping label to mail back the previously-fried one. 🙂

The blogger was thrilled. She took this photo with plans to blog about her gift. But alas. She did not. Cyberspace was not happy. 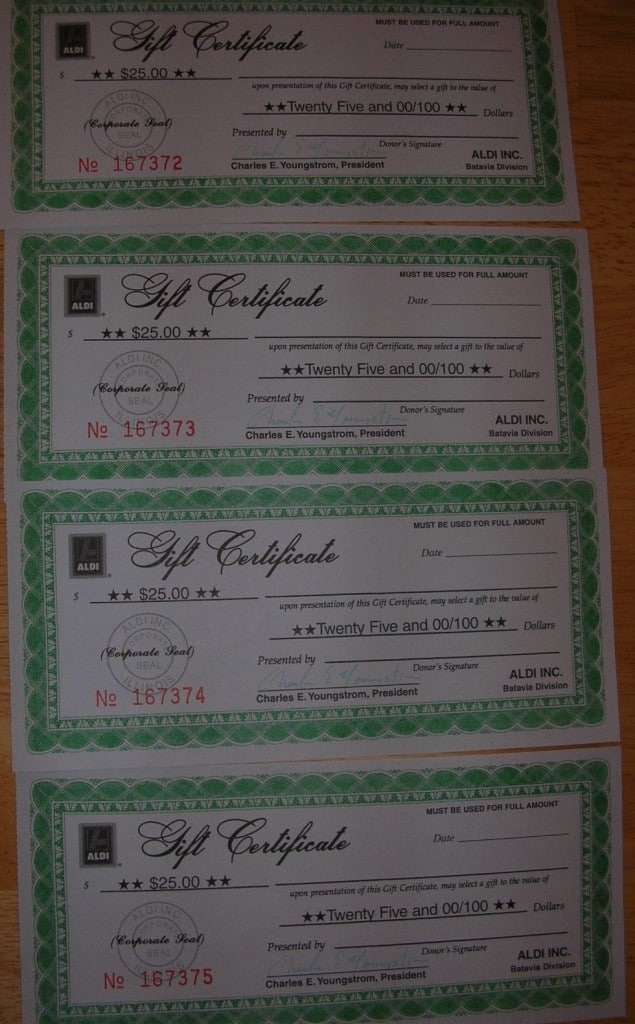 After the Kitchen Aid Mixer was installed and assimilated into kitchen life, a representative from a marketing firm contacted the blogger. The marketing firm represented ALDI and had stumbled across her post I LOVE ALDI. They wanted to know if she would allow a line from the post to be considered for a possible marketing campaign. As a THANK YOU, she would receive $100 in ALDI gift certificates.

“OF COURSE!” they could use her post, the blogger promised.  She would sell her virtual soul for $100 worth of groceries. 😉  Moreover, she would surely blog continuously about the wonders of ALDI.

And yet, time went by. And she did not blog about ALDI or anything else. Cyberspace. Was. Not. Happy.

While it was clear, that she did not really deserve one more dang thing, Cyberspace decided that three times are the charm.  Times got tough at the blogger’s house, and Super Doubles was coming up.  Without any money to spend at Harris Teeter, the blogger felt dejected.  In response to her blog post , Not too Good to be True, about earning money on EBATES, Cyberspace made sure the blogger received, just in the financial nick of time, her BIG FAT CHECK from her Christmas spending.

Surely this would be the kicker! Surely the blogger would realize that all these blessings were not mere coincidences of FATE, but would recognize that they were gifts of Cyberspace, designed to reinspire her to THE BLOG!!

As for gifts from Cyberspace, she didn’t really think much of him. . .  but as for GOD . . .GOD who GRACIOUSLY and BOUNTEOUSLY provides not just needs, but wants-like the Kitchen Aid desires of our heart, well, she thinks that maybe that IS something to blog about.